Karaoke yoga lets you sing while you stretch – Vicky Holmstock of Yellow Fitness devised the class at VIP Karaoke bar MODO in Concert Square, Liverpool after a fun night out there with fellow yogis.

Vicky Holmstock arranged a night out with her yogis a few weekends back and found herself on stage with members of her class, microphone in hand, belting out a few classics.

Sitting down afterwards in the comfort of padded leather booths and cocktail in hand (she was out celebrating the anniversary of her business, Yellow Fitness) Vicky decided that Karaoke Yoga should be her company’s next offering.

She laughed: “The group thought I was joking at first but after 20 minutes of carrying on the conversation about it, they realised I wasn’t and warmed to it too! 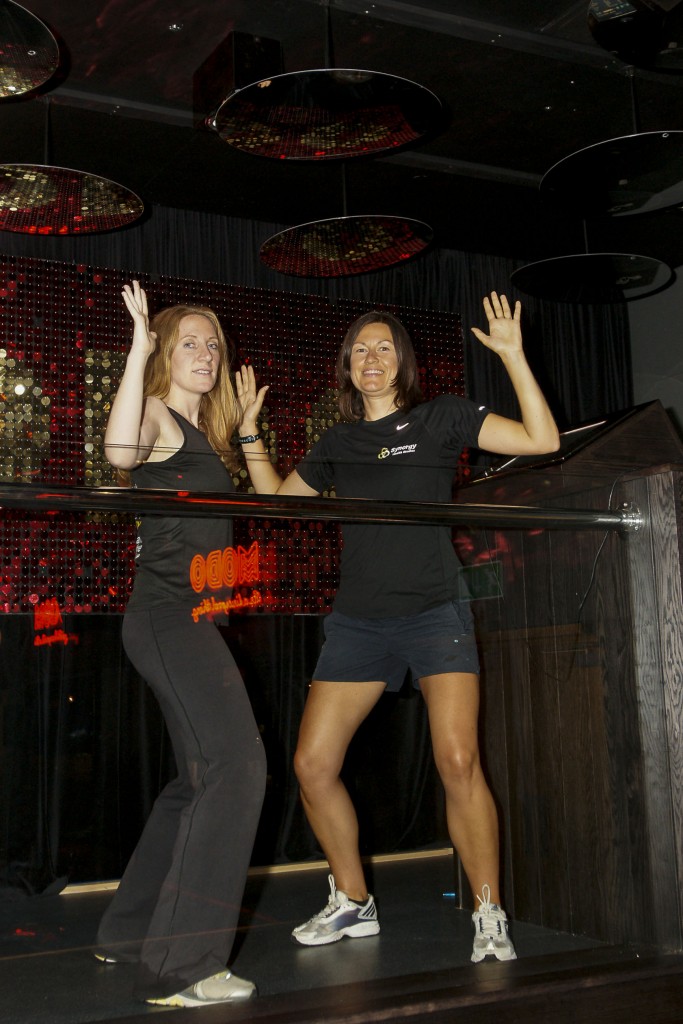 “I just kept saying that we need to help more people understand that yoga isn’t just about strict alignment. It can be seen too in the sense of fun and the workout of your life, singing, dancing and feeling silly.

“I also admit that when I said “how about a downward dog while belting out your favourite Beatles tune?” must have sounded a bit odd but it was met with howls of laughter on the night and judging by that I thought it would catch on!

Vicky approached Bar Baa Limited, the owners of MODO which recently launched the upmarket Karaoke Bar in Fleet Street and they loved the idea.

Manager Mike Edwards said: “It was that whacky an initiative that we loved it! We’re known for being an innovative company and the collaboration felt right because of how we’re already perceived as a Karaoke Lounge by our guests through the week and at weekends…an upmarket, feel good venue with a beautifully designed room featuring a huge up-to-the minute song list and intuitive touch screen technology.” 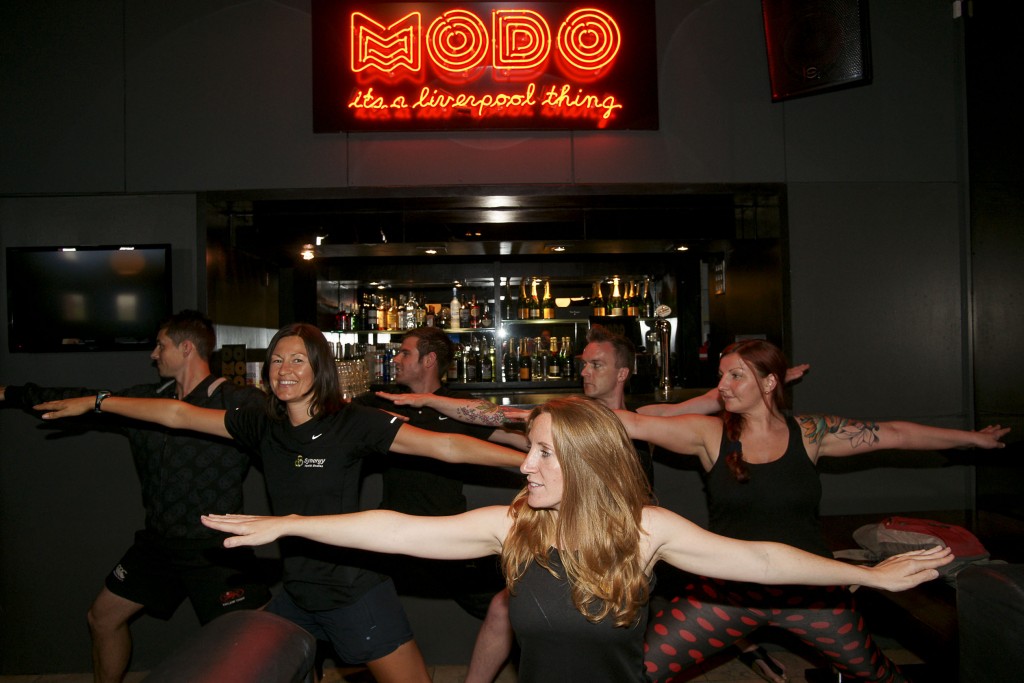 Emmma’s all smiles whilst Vicky takes a Karaoke Yoga session

Vicky added: “When I approached MODO, they immediately helped us enlist the aid of a DJ who created a one-hour yoga-singing class. It’s really helped our ambitions of attracting a hearty following of yogis.”

One of her group, Emma Grogan who works for Synergy Health Studios as a personal trainer in Liverpool City Centre and who refers all Yoga enquiries to Vicky commented: “Feeling connected to the other yogis through the process of group singing was a great experience. People are sometimes starved for connection in this world, and this class at MODO can offer that. Ultimately though, it’s great fun!”

She added: “The classes come complete with a television screen for song lyrics and we sing group renditions of mostly stuff like chart hits but the classics and especially “Let It Be” by the Beatles always gets everyone emotional just like traditional yoga can too.”

Karaoke Yoga courses run in blocks of six weeks with all enquires to Vicky at Yellow Fitness for new class times and dates vicky@yellowfitness.co.uk Tel: 07791 228 487