When we met Liverpool-born filmmaker Daniel Boocock, the man behind The Desolate One that scooped awards on two continents last year and asked what inspired him to become an award-winning filmmaker, he immediately referenced his parents.

“There are many things that have inspired me in part, but when I think about it how it all started, the inspiration goes back to my childhood. When I was really young my parents would always try to encourage my imagination. Film was the medium that made the biggest impression on me.

“I would see things like Fantasia or the elephant scene in Dumbo and be really into it! Almost hypnotised. As I got a little bit older my grandparents would always have westerns and war films on the television. I must have only been about six or seven and I would watch things like The Wild Bunch, Spartacus, Das Boat even Aliens!

“Looking back, the spectacle of those kind of films even at that age for me was fantastic, the vistas, the noise, the conflicts, the worlds these characters were in plus the way I’d feel watching what was happening. Everything about them made a huge impression on me. I didn’t know it then but that was the spark which started it all.

“When I reached my teens I watched films like American Histroy X, Scarface, Cuckoo’s Nest, Fight Club, The Godfather trilogy and those pieces of work (along with many others) just confirmed what my intuition and imagination was already telling me, I said to myself ok, whatever happens this is what you are going to do.” 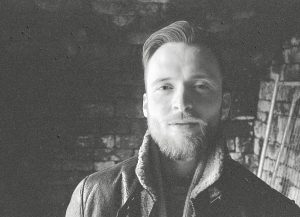 And when someone gives you a reply like that, you don’t feel the need as an interviewer to pose the question around risk and being an entrepreneur – what Daniel has become by virtue of setting up his film company Claret and Blue films and winning awards across Europe and in the USA. He’s that passionate, focussed, driven and grounded, he was always going to go for it anyway.

It perhaps makes more sense to pry and ask what talent and skills you need in what must be one of the most precarious industries out there.

“I feel success can be defined in many ways, how one person may look at it may not be the same as another. But whatever the medium, goal or task at hand, I think that before success even has a chance to happen there has to be some sort of drive and will to an individual regardless of any circumstance, situation or obstacle. Talent and skill can be developed with practice and tactful structure provided the will is there to go through all the tests and lessons that will come.

“At the same time that talent has to be honed in such a way that stands apart from what everyone else is doing. You have to be authentic to yourself, along with the drive, that distinct authenticity is what’s going to make someone standout. I don’t think there is a set way to get there but if you focus on what you alone are bringing to the table and see a progression with each step you take, then its only a matter of time before things start to happen and become permanent.

“I don’t feel that I am at the level where I myself or most people would define me as ‘successful’ just yet. There is still a hell of a lot more to do, but at the same time I do see what’s on the horizon. There has been a progression in each short film I’ve made, they get better every time. I always try and find ways to improve on what I’ve done before and give an audience something they have not quite seen which is unique to my own creativity. I feel sooner rather than later I will get to the level which is deemed ‘successful’ by most.

Though typically unassuming (that’s the way Liverpool breeds them) we managed to get Daniel to highlight his achievements to date plus his ambitions for the next 12 months.

“I feel The Desolate One being recognised here in the UK and aboard has been quite an achievement. Just getting it made was a task in itself as it was shot upon and around Mount Snowdon in the middle of a winter blizzard – with virtually no money or backing, save my own.

“Most people doubted it could even be done, especially in terms of logistics, but I knew it could. I was prepared and a small amount of very talented people helped me enhance the film. To have it screened in many festivals worldwide and winning Best Short Film Award in Liverpool’s very own International Film Festival, Copenhagen’s annual CPH fest and receiving a platinum award at World Fest Houston in Texas at which the likes of the Coen brothers, Ridley Scott, Oliver Stone and Steven Spielberg’s earliest works where all first recognised was a nice touch.

“So it’s a good start, but now it’s all about progressing onto the next level with my upcoming project The Neolith.”

Just the title gives off a very atmospheric feel…we asked Daniel more about the project and he believes it’s ‘all or nothing.’

“The Neolith is a very ambitious and atmospheric piece. It is a large scale, high end short film which I plan to shoot upon the Isle of Skye this coming October. It is set in older times and is about a mysterious enigmatic figure who senses an outside force few can comprehend. It is cast with actors from Liverpool, Denmark and Northern Ireland and crewed with people from Liverpool and Scotland.

“Permission has been given by the Highland Commission to shoot in the specific locations requested upon Skye. Half of the film will primarily be set around the Black Cuillin region. During autumn the light is pretty special along with vast brown grasslands and granite black rocks situated there. I have been to Skye many times planning how best to go about the film and I will soon return again. It is looking very good so far. Those directly involved and others who are now circling the project can sense the huge potential in it. For me The Neolith is an all or nothing opportunity. That is why I am very focused on making it the best it can be.” 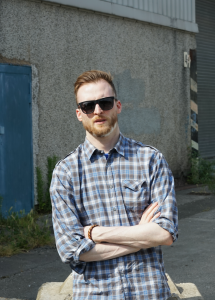 We asked Daniel about the difficult subject of finance in achieving Claret and Blue’s progress to date.

“On the surface, finance and short films can be a tricky combination depending on an individual’s agenda. Even at the most basic level, a good smartphone costs £1000. A good camera can cost £55,000 plus. But when you actually look deeper into it there is, excuse the pun, more than meets the eye.

“It’s all about how you define value. Opportunities and relationships can be created for various people or organisations and when things click it all bodes well for the future. Self-referencing, I invest my own time and money in my own creativity. I am not too concerned in following a trend. If I want to go on to make features at the highest level I have to prove my worth first. For The Desolate One I did not ask for funding. I saved up a couple of thousand pounds and funded it myself because I knew that logic would come good when needing finance for The Neolith.

“The Neolith is a big step up from anything I have done before but that is the point. Its budget is £50,000, part of which we already have that will be invested. With regards to acquiring the rest of the finance, it’s about identifying the right people, crowds or organisations who I think will be a correct fit for the project. Discussions are already taking place. With dialogue and preparation those involved (including myself) will be able to see the value and growth in what is being created and the potential opportunities related to it. Not just for the one film but beyond as well. It all spreads out.”

In order to encourage more filmmakers from Liverpool to think about the industry as a career (rather than put them off), we grilled Daniel on what have been the biggest challenges for him since setting up the company. He was very philosophical.

“There are many challenges and plenty more will arise no doubt. I do not dwell on them. At times when I was younger I would hesitate or make an excuse when nothing would happen. I look at things differently now. Being 31 I focus more on putting effort into getting things done. I care more about that than any potential challenge ahead. That’s the guarantee I give to myself. I project outwardly what I desire and go about making it happen it in the correct way.

Claret and Blue has just embarked on a crowdfunding campaign for The Neolith and we asked Daniel who they will be targeting.

“I don’t really look at crowdfunding in the conventional sense. For me it is more about the crowd itself. I have been to some great events in my time and was glad that I was there to witness what would happen. It was not necessarily about paying money towards something. It was about the experience of what I would see unveil before and around me. I would always pay attention to the reaction from a crowd when it would be won over by something unique. The crowd would enhance what was happening. A crowd is very powerful. In a sense it is sort of cinematic. I feel like what I am doing is something that a potential crowd has not quite seen before especially in the world of short films. I feel that when people see The Neolith it will make more than a standard impression. It will flow like a feature. The reaction to the 1-minute mood reel clip alone already has people engaged. In terms of targets for investment I feel the best method for The Neolith is to split it three ways – between private investors / businesses, a recognised Film Institute and a successful crowdfunding campaign. This will broaden the film’s outreach in the best possible way for all connected to it and better the chances for different types of opportunities to arise.”

Daniel would love the city to get involved again like it did with The Desolate One and back the project, its ideas and initiatives…

“200 people turned up to watch The Desolate One at FACT all cheering and shouting. There really was something to that for me…especially watching the film with them and talking about it. I’ve noticed what can happen here in Liverpool. When somebody decides to do something a little bit different and backs it up through action the city tends to really get behind them…provided that it’s good!

“The Neolith will target the highest level in the short film world. I feel if more people here begin to see what I am doing and like it then they will have a big part to play. No matter what happens or where I have to go to do what needs to be done I will always bring it back to Liverpool. Already there are plans for several feature films, the first of which is already being discussed in terms of development, however everything is dependent on the success of The Neolith. Like I say that is the all or nothing opportunity. I can’t wait to make it happen and show you all what I can do.” 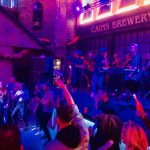 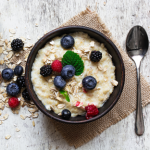