Doctors used to worry about nutritional deficiencies and sources of protein when discussing the vegetarian diet many years ago, commenting on how this diet required planning and knowledge of plant-based nutrition.

Recently however, the pendulum has swung the other way, and studies are confirming the health benefits of meat-free eating. Nowadays, plant-based eating is recognised as not only nutritionally sufficient but also as a way to reduce the risk for many chronic illnesses. Vegetarian Week earlier in May once again brought this to the fore.

TV Doctor Arun Ghosh who also runs The IV Clinic as part of the Ghosh Medical Group agrees. “OK so there still isn’t enough data to say exactly how a vegetarian diet influences long-term health. It’s difficult to tease out the influence of vegetarianism from other practices that vegetarians are more likely to follow, such as not smoking, not drinking excessively, and getting adequate exercise. But here’s what some of the research has shown so far:

“Heart disease. There’s some evidence that vegetarians have a lower risk for cardiac events (such as a heart attack) and death from cardiac causes. In one of the largest studies — a combined analysis of data from five prospective studies involving more than 76,000 participants published several years ago — vegetarians were, on average, 25% less likely to die of heart disease.

“Cancer. Hundreds of studies suggest that eating lots of fruits and vegetables can reduce the risk of developing certain cancers, and there’s evidence that vegetarians have a lower incidence of cancer than non-vegetarians do. But the differences aren’t large. A vegetarian diet can make it easier to get the recommended minimum of five daily servings of fruits and vegetables, but a purely vegetarian diet is not necessarily better than a plant-based diet that also includes fish or poultry. For example, in a pooled analysis of data from the Oxford Vegetarian Study and EPIC-Oxford, fish-eaters had a lower risk of certain cancers than vegetarians.
“If you stop eating red meat (whether or not you become a vegetarian), you’ll eliminate a risk factor for colon cancer. It’s not clear whether avoiding all animal products reduces the risk further.

“Type 2 diabetes. Research suggests that a predominantly plant-based diet can reduce the risk for type 2 diabetes. In studies vegetarians’ risk of developing diabetes was half that of non-vegetarians, even after taking BMI into account.
So what about the ‘health risks’ of being vegetarian?

Dr Ghosh said: “Well, done badly, any change in your lifestyle and diet may not be that healthy and the concerns about vegetarian diets have focused mainly on the following nutrients: Protein, Vitamin B12, Iron, Zinc, Omega 3 Fatty Acids.
“So if you are a lacto-veggie (those who still eat diary) protein is easily obtained from dairy products and eggs. Vegetable protein is somewhat different from animal protein but there are many plant protein sources, including peas, beans, lentils, chickpeas, seeds, nuts, soy products, and whole grains (for example, wheat, oats, barley, and brown rice).

“Vitamin B12 is found only in animal products, but those products include dairy foods and eggs, so most vegetarians get all they need. So its only if you avoid animal products altogether that you need to eat foods fortified with vitamin B12 (certain soy and rice beverages and breakfast cereals) or take a vitamin B12 supplement to avoid a deficiency, which can cause neurological problems and pernicious anaemia.
“Studies regarding iron show that in Western countries, vegetarians tend to get the same amount of iron as meat eaters. So doctors don’t tend to worry about you being low in this anymore.
“Again in Western countries the studies show vegetarians do not appear to be zinc-deficient despite the initial concern about lack of absorption.

“Diets that include no fish or eggs are low in Omegas. Our bodies can convert some plant foods to this, but not very efficiently. Vegans can get some Omega 3 from algae supplements. Easier versions are fortified, breakfast bars or soy milk which is widely available. Other good sources include flaxseed, walnuts, canola oil, and soy.”

For more information look at https://www.nhs.uk/live-well/eat-well/vegetarian-and-vegan-diets-q-and-a/
Dr Ghosh concludes that there is no doubt medically, to be concerned when a patient tells him they are vegetarian any more…”I know a well-planned vegetarian diet is a healthy way to meet your nutritional needs.” 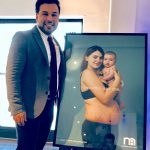 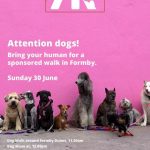