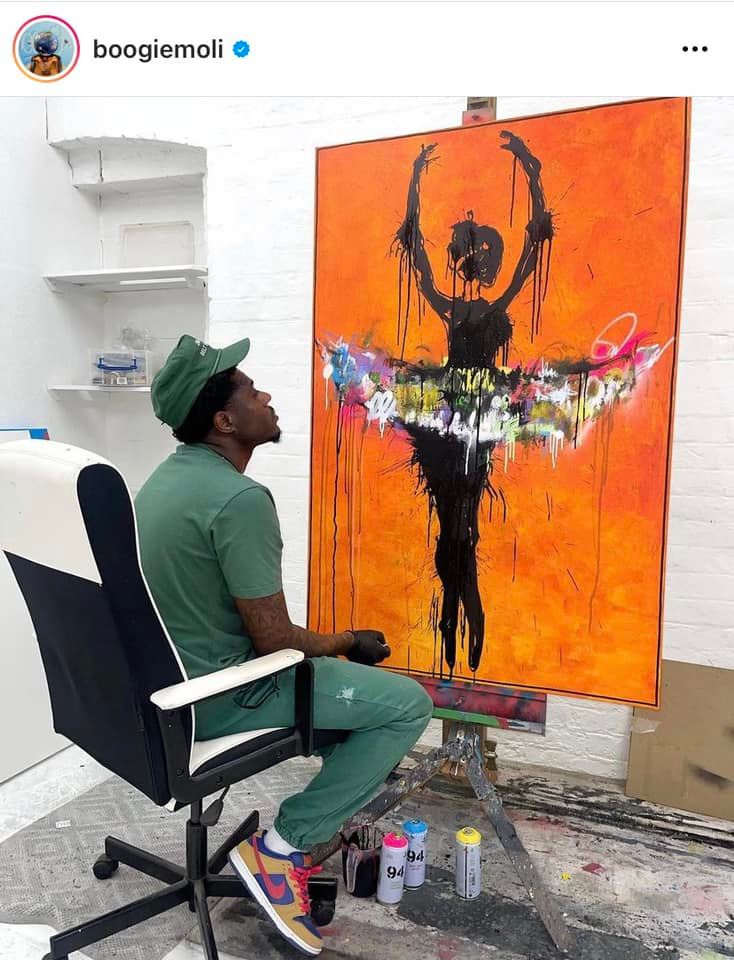 David Moli is a man getting big commissions right now.

Step into the Red 8 Gallery in London and you’ll see a rare piece of his work that keen art buyers are willing to part with 5 figures for.

Browse his Insta pages which he admits, he doesn’t flood with his designs and you’ll see the multi-dimensional talents of this former professional footballer who retired from Liverpool Football Club through injury at the age of just 24.

Moli or Boogie Moli to give him his correct stage name, still only 27, has come a long way in a short space of time.

“When you’re lying on a friend’s sofa pondering your next move, you just have to go with your passion.”

Those close to this humble, softly spoken former striker know that his goals now are just as big as they were when he was donning the boots at Anfield.

“He wants to become the biggest licensed artist working globally and he’s quietly confident he can do it,” says Josh Odukomaya, a partner and close friend which is now a burgeoning business and brand in its own right.

Incidentally, that friend’s sofa for the majority of those who don’t know Moli’s story was none other than Raheem Sterling’s.

Moli doesn’t spend much time looking back in spite of greatly appreciating all those who have helped him on his journey to date.

He’s still very much in touch anyway with his connections from the world of football which transcend many continents.

He was commissioned by several international players to produce personal profiles using his magic hands including Jack Grealish and Napoli and Italy right back Giovanni Di Lorenzo.

His network regularly brings him referrals in a world he knows is tough to make it in.

“It’s niche isn’t it, but 50% of my work comes from word of mouth and regardless, it just doesn’t feel like work! I love what I do, I’m in the studio 7 days a week but it’s my go-to place.”

Moli is far from just reactive to demand for his talents.

“I’m keen to work with more galleries, especially those based in London where I’ll be moving to later in the year from my current home in Manchester. It’s about expanding my options as I become more confident. As I make more people happy through my art, I get more confident and even more creative! I’m always thinking about new styles and directions.”

Moli admits he’s really enjoying every minute of it.

“I knew in the last year of my football career that I was a creative person just looking for the right platform to seek fulfilment.”

Those platforms have become diverse since Moli turned his head and heart towards fashion and art, particularly street-influenced stencilling and customising designer brands with his unique eye, style and identity.

He’s developed his stencilling art form in the last 18 months in what he calls “a brand id opportunity.” You can see this in much of the commissioned work he’s done to date with a street vibe.

“It’s been a developing repertoire for me over the last 12 months.”

Large canvases by Boogie Moli are now selling for in excess of £10,000. His graffiti art typically sells for up to £5000 a commission.

Moli’s plans this summer include embellishing his artwork with digital media opportunities, inviting high profile guests who inspire others to collaborate on his own channels.

“I’m really excited about this. The format is a bit of a secret right now but each guest will give a fascinating insight into their life lessons and get a chance to boogiefy some art with me in the studio.” Ends 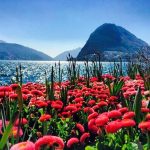 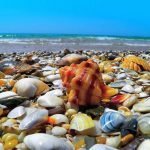