The Brouhaha International Festival’s week of Carnival climaxed yesterday with record breaking attendances in Princes Park after its traditional two hour parade from Liverpool City Centre. Estimates suggest numbers were up 20% on last year which was also a record.

More than 50,000 people witnessed the Carnival on Saturday which was very much a family affair beginning at 12 noon and finishing at 7pm before the after party long into the night at one of the city’s cooler hang outs District in the Baltic Triangle. 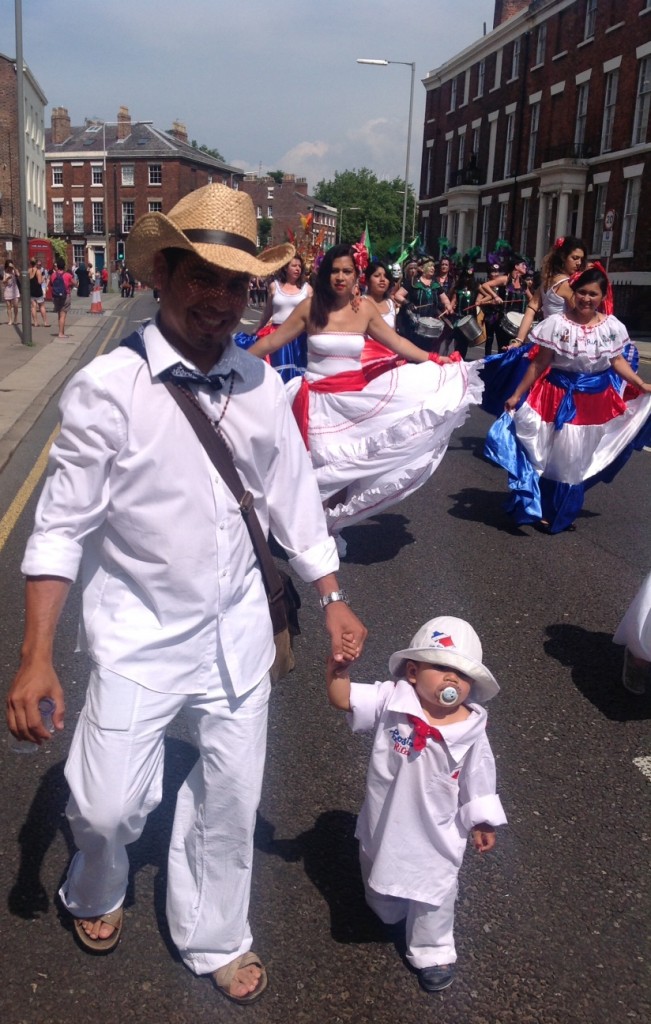 Freddy Perez and family parade their way to the estimated 50,000 strong crowd awaiting them in Princes Park yesterday

The entertainment started last Monday and through the week at lunchtimes in Williamson Square in partnership with Liverpool BID. Local and global artistic endeavour shone on stage at Camp and Furnace with a six hour Carnival show case marathon midweek attended by City leaders and businesses followed by a collaboration with the Stanley Park Festival at the Isla Gladstone Conservatory last Thursday.

On Friday, performers from the four continents of Africa, Asia, the Americas and Europe joined Liverpool, UK artists and carnival troupes to celebrate Jouvet, a pre-parade party in the city involving mud and paint throwing celebrations! 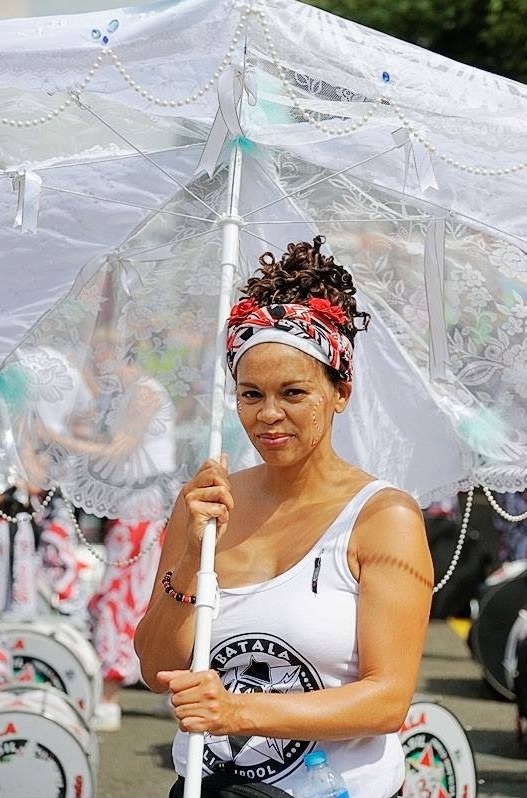 Executive Director Giles Agis summed up his thoughts on Brouhaha 2013 after Saturday’s Carnival.
He said: “The team had a gut feeling that this year was going to be extra special. We said this to our partners Plus Dane Housing Group & Merseycare from day one. Of course, we thank the weather but we adopted a number of additional local initiatives as well as international ones and they paid off handsomely. The vibe, especially in Princes Park was everything it should be and was worth every ounce of sweat that the whole team put in over the course of what is 12 months to make this happen.”

Mr. Agis added: “There were many international groups new to Brouhaha this year that fell in love with Liverpool and that came through in their sets. Equally important was the focus on local performers and crews like ‘One A Penny Sound System’ who brought out the community in their droves.