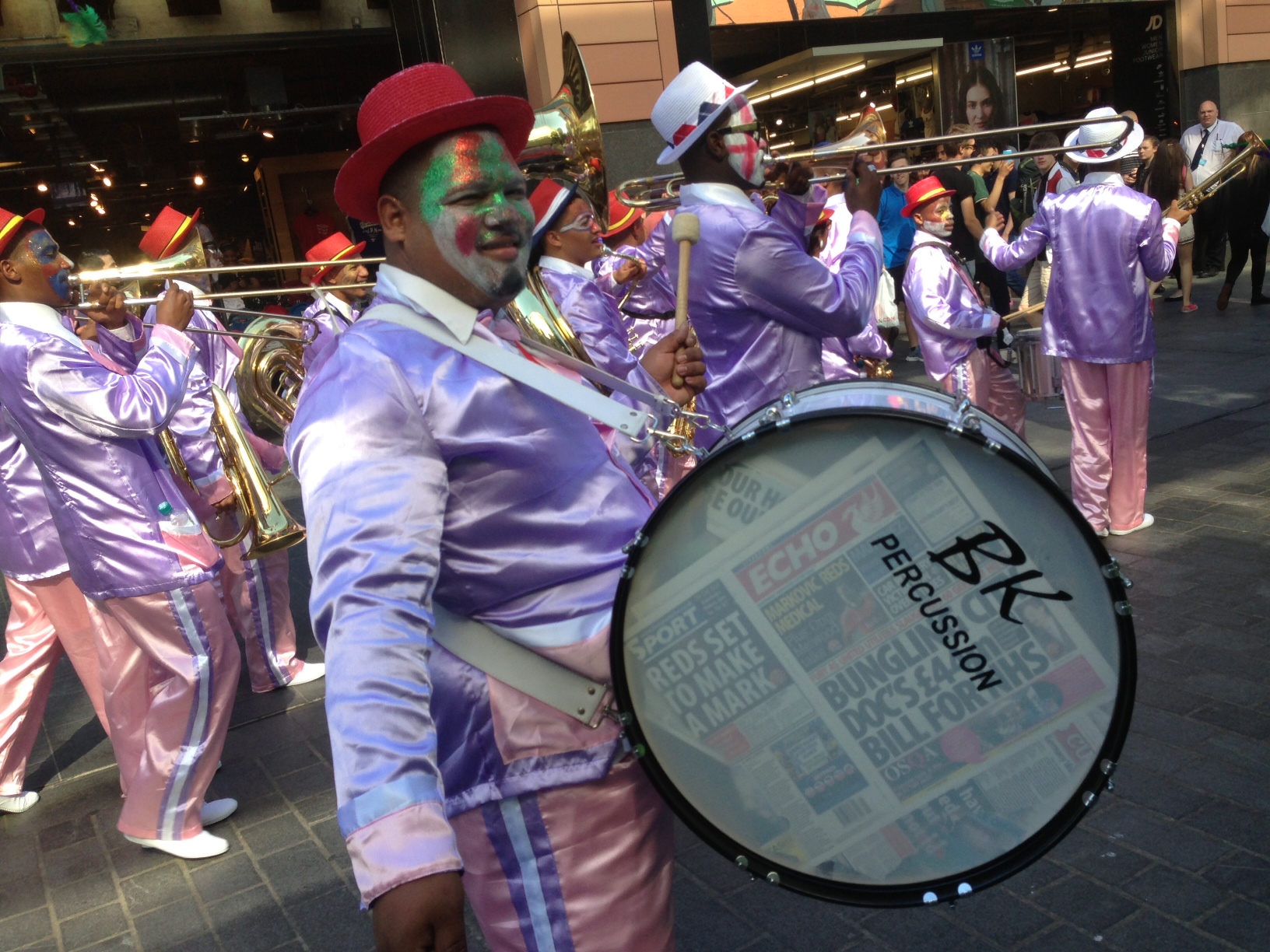 The Brouhaha International Street Festival will be back for its 23rd year and this year will be ‘bigger, bolder and brighter than ever.’

Today! Carnival Parade 2014 (12th July 12pm -2pm) will include more than 2000 citizens parading through the streets of  Liverpool  city centre with a concoction of carnival rhythms being dished out before they reach ‘The World in Princes Park’ (12pm – 7pm). The day includes three stages of local and international performance work, global foods and family arts workshops.