The Liverpool restaurant, which came to the city in 2009 and is located in The Galleria on Paradise Street at Liverpool One has also undergone a mini refurbishment. 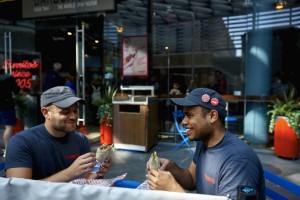 Chief executive of Barburrito, Morgan Davies said: “We have served more than five million burritos across the UK and the people of Liverpool especially seem to love what we do.

“We have just launched our new look interior and brand in the Liverpool One store. We think this really sets us apart and helps to convey our passion for freshness and the cool vibe that we have in the business. Don’t take my word for it though – check it out!”