Matta’s, the award-winning family independent grocery store on Bold Street, Liverpool is celebrating Organic September along with other UK retailers this month following a strong upsurge in demand from customers in 2017.

Co-owner Dalip Mattas believes wider education and awareness of the wellness and environmental value of organic has contributed to the rise.

“Our customers have noticed that we’ve been selling a lot more organic products of late, especially fruit and veg. We’ve always strived in Liverpool to operate within a set of ethical and social guidelines and support organic growing as part of our commitment to the healthy consumption fair/sustainable trade of fruit and veg. For us there are so many advantages in organic. Organic farmers build soil fertility without petrochemicals such as pesticides and herbicides. Organic growing is based on nature being able to flourish through pollination and natural pest control from beneficial insects, birds and other wildlife. There is huge evidence of a clear link between healthy soil, wholesome food and good human health. The saying at Matta’s goes, “feed the soil not the plant!” Organic growing is less energy-intensive and doesn’t rely on artificial fertilisers, biocides and fossil fuels for production and transport. Also, genetically modified crops are banned under organic standards.” 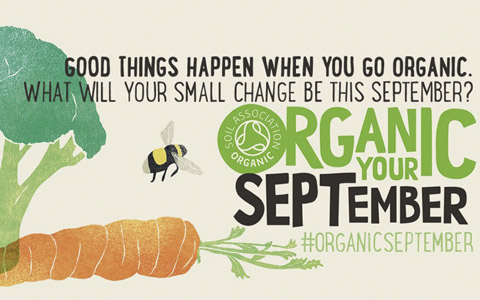