“We all need to breathe less and posture right” says Reset Breathing founder.

Reduced breathing techniques are a promising antidote to everything from anxiety to asthma and chronic fatigue…here’s how to incorporate them into your life.

Right now when there’s an epidemic to live the perfect, productive, and selfie-beautiful lifestyle causing anxiety on an equally epidemic level, there seems to be no antidote…until people discover breathing techniques.

“Breathing techniques are the new yoga if you like” says Joel Jelen, founder of Reset Breathing and a Fellow of the Buteyko Professional International a global members network of ‘breathing education’ experts.

“We’re seeing more and more household names like Oprah Winfrey adopting similar techniques as part of e.g. mindfulness programmes that are helping sleepless professionals facing burnout. It’s helping the general public to embrace this weapon against stress and depression as fervently as The Beatles spread the word of the healing magic of Transcendental Meditation in the late 1960s.

The Buteyko method as founded by Professor Buteyko in the 1950s (who cured his very high blood pressure by adopting reduced breathing techniques) insists that both inhalation and exhalation of the breath is only through the nose, as practised by ancient yogis.

“Breathe through your mouth as often as you eat through your nose” says Jelen, just to reinforce the importance of nose breathing for good health.

Jelen has slowly seen attitudes change since marketing the concept of breathing techniques.

“My professional background is PR & marketing and so i’ve always been confident as an early adopter of the techniques (Jelen has practised since 1995) that their benefits would slowly be recognised…it was just a matter of time. As complimentary relaxation techniques continue to grow in popularity, so will breathing techniques.”

Jelen admits to have been given some quizzical looks when first mentioning in his networking circles that Reset Breathing helps people retrain their breathing.

“We take it for granted that we are breathing correctly until we become e.g. stressed and notice our breathing changes. Influenza, sleep apneoa and asthma sufferers always think about their breathing. But your average person in the street going about their business doesn’t think for a minute how they breathe, when they work, eat, relax, exercise…there’s actually a silent epidemic of hyperventilation out there.

“The general public are over breathing on a mass scale and i set up Reset Breathing to help raise awareness of this. The more people become aware of how they breathe on a daily basis, the more they will be likely to want to change their breathing and their behaviour.”

Jelen’s main message is that we all breathe too much and Reset Breathing ‘wellness in the workplace’ programmes for companies and organisations offer six definitive breathing techniques that help change people’s lives.

“They are essential tools and offer a simple solution to enhance our health…they just require dedication. Also incorporated into this are a number of essential lifestyle adjustments that people need to make too, for example, around diet and posture.”

“In science terms, our techniques increase oxygen and CO2 in the blood which has a huge effect on your physical function and equally your mood and emotions as a result.”

Patrick McKeown, one of the world’s most eminent speakers and authors on Buteyko breathing comments in his talks at global medical conferences and at TED-ex on how certain breaths correspond with certain emotions—feeling angry creates a short and shallow chest-driven breath, often through the mouth while slowing down the breath and breathing through the nose will directly reduce anxiety.

Jelen explains: “Reducing your breathing changes the gases in the brain. When you slow your breath and lower your breathing volume, you lower your heart rate and your blood pressure and turn on your parasympathetic nervous system…in other words…you stop feeling on a heightened sense of anticipation.

“And that’s a feeling many people I get enquiries from would love to conjure in their mind and adopt as part of a different, better quality way of living…and it’s all possible with the application and dedication of some simple breathing techniques. People have learned to hyperventilate and become habitually unhealthy breathers but in the same way, they can become healthy breathers through these techniques by practising them as a ritual.”

Reset Breathing run workshops for companies, organisations and the general public with the former focused on reducing stress and enhancing relaxation, mood, efficiency and productivity in the workplace.

To find out more e. Joel@resetbreathing.com 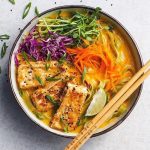 Thank you to our latest guest blogger, Dalip Matta… 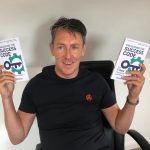