Never ever give in, says Mike McCartney in moving film about All Together NOW!

Never ever give in, says Mike McCartney in moving film about All Together NOW!

MERSEY legend Mike McCartney is sending a hearfelt message to anyone feeling at a low point in their lives – “Never ever give in. There’s always light at the end of the tunnel.”

Speaking in a new short film about the pride he feels in becoming All Together NOW!’s first patron, Mike recalls the suffering he and his family went through on hearing that his son, Sonny, had been seriously injured in a motorcycle accident.

It led to Sonny, then 26, having his left leg amputated below the knee.

An emotional Mike says: “He was on a little old-fashioned motorbike and the next thing a BMW – thud – into the side of him, took his leg off.

“Sonny, who is now strong, needed help. You know, it was heavy, but the nicest thing in the world is Sonny asked for help, took help, and he came out the other end.

“That’s why it’s important to never ever give in. There’s always light at the end of the tunnel.”

Sonny has since gone on to establish himself as a world-renowned photographer.

Read the rest of the article and view the now viral video here https://www.alltogethernow.org.uk/never-give-in-says-mike-mccartney/ 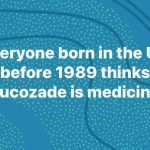 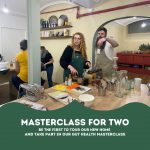